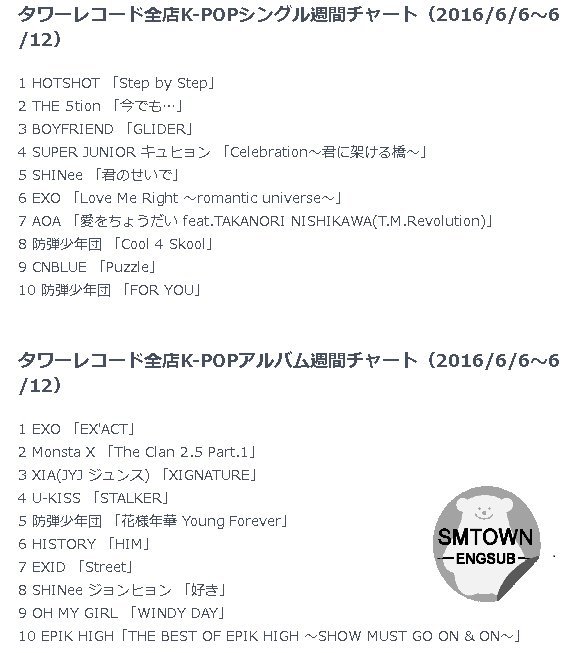 EXO’ s collaboration project with ‘W Korea‘ is yet another hit! And out of the 9 unique, sexy, alluring covers of the handsome members, whose do you think sold the most?

Well, according to results on popular online bookstore Kyobo Book, Sehun was #1, not just among EXO members, but in the whole ‘Weekly Best’ chart! The next members to rank within the top 5 were Baekhyun, D.O., Xiumin, and Chen.

In addition, Sehun also ranked #1 on other online sites like YES24 and Aladin. Way to go maknae!

END_OF_DOCUMENT_TOKEN_TO_BE_REPLACED

Our boys had yet again made us squeal in delight as they won #1 on ‘Music Bank’ tonight with their cool and hot comeback song ‘Monster’!

Congratulations to our boys!

Check them out in the video above!

It’s been a long time! lol

Following their ‘Lucky One’ teaser images, our boys never cease to amaze us with their new set of teaser images for ‘Monster’.

The aura they are carrying in the teaser images is more edgy and charismatic, a side of EXO we haven’t seen yet.

The release of ‘EX’ACT’ will be on June 9. Continue checking this blog for updates!

Check out the edgy side of EXO in the images bellow: 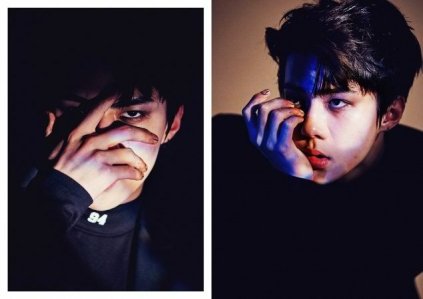 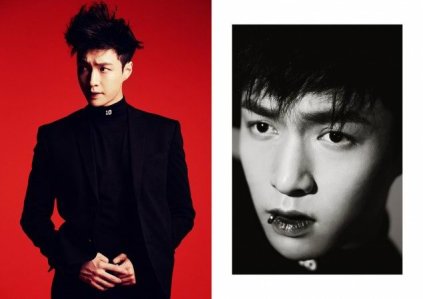 Sehun is so hot! *faints*

EXO‘s latest album “EXODUS” continues to hold first place on Gaon Chart for four weeks straight. Their Korean version is in first place while their Chinese version is in third place. Title song “Call Me Baby” is also performing well at fourth place in its own category.

More accolades include holding first place for four weeks straight on Hanteo Chart for album sales, getting 95th place on the Billboard 200, first place for two weeks on Taiwan’s Five Music Chart, and first place on charts for Hong Kong and Singapore. Their success reflects great love from fans.

In addition to all of these accomplishments, “Call Me Baby” has won first place for three weeks straight on KBS‘s “Music Bank,” MBC‘s “Music Core,” SBS‘s “Inkigayo,” and MBC Music‘s “Show Champion.” The group received first place for two weeks straight on Mnet‘s “M!Countdown” and once on SBS MTV‘s “The Show.” They have a total of 15 trophies now. The popular group broke their record of previously receiving first place 14 times with their 2013 hit song “Growl.” 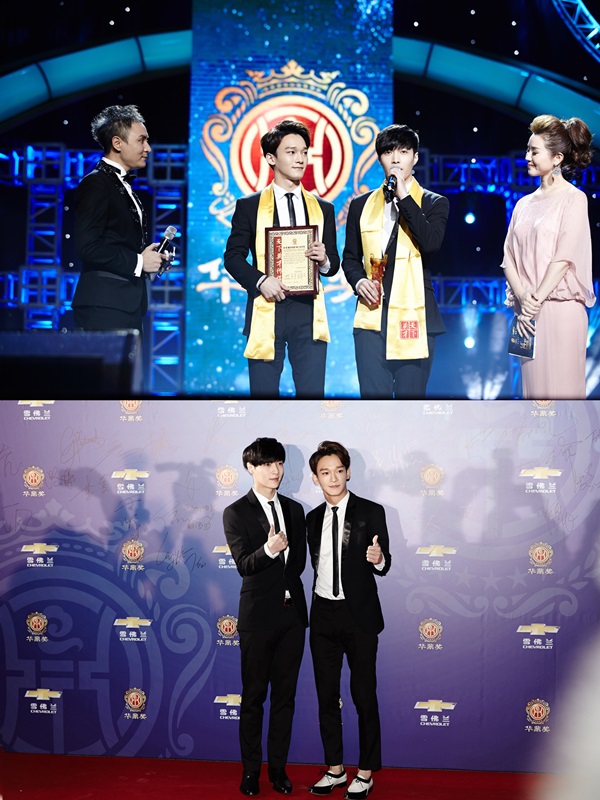 EXO has once again proven its immense popularity by receiving a great honor at a well-known awards ceremony in China.

On January 8, the 14th Annual Huading Awards opened up at the Expo Center in Shanghai, China. EXO-M members Chen and Lay were in attendance at the awards show to accept the award for ‘Best Global Idol Group’ on behalf of EXO.

The Huading Awards is one of the most prestigious awards ceremonies that is sponsored by the top national administrations in China. The winners are chosen based on the votes of judges, industry professionals, as well as the public.

END_OF_DOCUMENT_TOKEN_TO_BE_REPLACED

K-pop group Exo finally released their new album “Overdose” yesterday, after postponing it because of the Sewol ferry tragedy.

Within a few hours, the album had achieved an “all kill” on major Korean music outlets.

“Overdose,” the group’s second mini-album, is comprised of five tracks. Soon after it was released at midnight yesterday, the lead track of the same title soared to the top on Melon, Naver Music, Mnet and more.

The music video for the song was also unveiled yesterday through Exo’s agency SM Entertainment’s official YouTube channel, “SM Town.” As of 10 a.m. yesterday it had grabbed a million viewers, proving the group’s immense popularity. 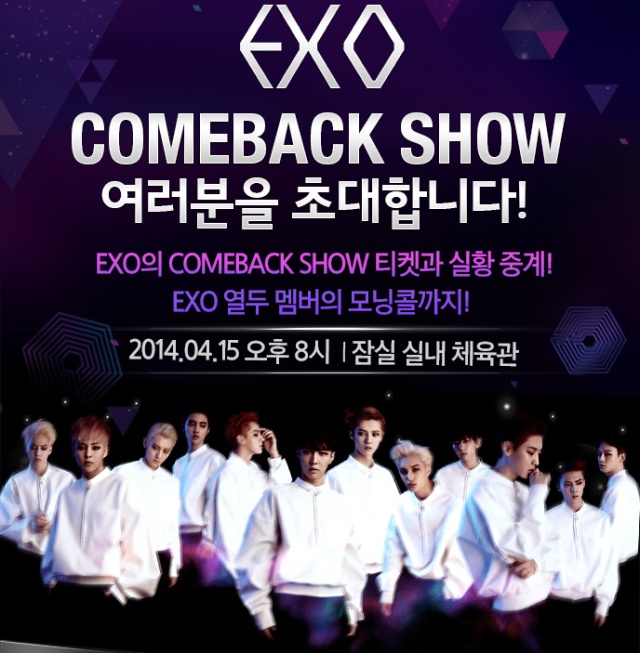 EXO is coming back in April.

According to affiliates of EXO, EXO will be launching a comeback show on April 15 at Jamsil Arena and begin promotional activities.

The news on EXO’s comeback has been spreading quickly on online communities and SNS, gathering much attention. Having released the first full-length album XOXO last year and a special album in December, the group is ready to make its comeback after four months. 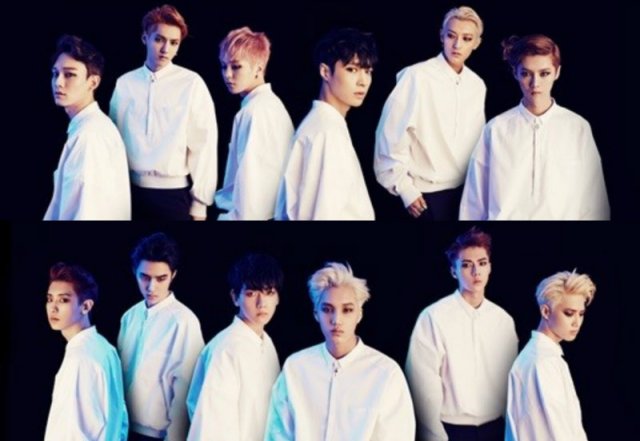 EXO will indeed hold a comeback showcase on April 15 as previously announced through Samsung Music. Users of Samsung Music between April 1 to 9 will be able to grab a chance to win tickets the show.

EXO will be coming back with a new mini album whose title has not been revealed yet. Most notable about this comeback is the separate and simultaneous promotion of the new album by EXO-K and EXO M. EXO-K will be focusing on promoting in Korea while EXO-M promotes in China. An inside source stated, “EXO will promote as twelve in Korea for about one to two weeks, but will basically promote the new song separately.”

EXO is currently preparing for their new album promotions. Other comeback events are being prepared apart from the Samsung Music event.

What do you think of EXO’s promotion style for the new album?

Source: Naver [1][2] via soompi.com // Posted and Reuploaded by: Ara @ http://www.ultimatexo.wordpress.com